Over the course of the 2017-2018 academic year, Associated Student Government (ASG) collected nominations for the Faculty Honor Roll from the student body. Nearly 200 students submitted faculty members, writing thorough and complex portraits of the educators who make Northwestern the institution that it is. ASG wishes to honor the work of the faculty whose dedication and care for students led to their inclusion on this list.

The Center's mission is to address the challenges of overcoming poverty and to improve well-being in the developing world.

Victoria Marone and Laia Navarro-Sola received the Susan Bies Prize for Doctoral Student Research on Economics and Public Policy. The awards are given to the best public policy papers presented as part of the Economics 501 Graduate Student seminar.

Stephanie and Chiara's dissertation proposals were selected by a panel of reviewers as two of the 16 best submissions from among a very competitive pool of 146 proposal submissions.

Which College Degrees Get the Highest Salaries? Hint, Economics is in the Top 5.

Can Economists and Humanists Ever Be Friends?

Seema Jayachandran's impactful research on hope, thinking positively and climbing out of poverty

“Believe in yourself and in your future” may sound like a vapid self-help mantra. But there is growing evidence that it can be used as an anti-poverty strategy.

Development economists like Christopher Udry are identifying the root causes of poverty in the developing world — and potential solutions.

Using a detailed historical case – the cotton revolution in China – we can see that patriarchal beliefs are indeed highly resilient but also that they can be transformed by a sufficiently large increase in women’s productivity. The image of highly productive women positively shapes cultural beliefs about women’s ability, and then translates into a more positive view about women in general.

Congratulations to the 2018 Graduates and Economic Award Winners

The Department of Economics welcomed over 300 graduating students and their families at our Annual Senior Lunch and Awards.

When it’s time to enter the working world, Weinberg College students possess two powerful advantages: a broad and transferable skill set, and a successful and devoted alumni network. “The trick is getting students to believe the former, and to avail themselves of the latter,” says Jane Corey Holt, director of the College’s Austin J. Waldron Student-Alumni Connections Program.

Quick take: Joel Mokyr, a foremost 19th century scholar at Northwestern University, suggests that the Industrial Revolution and World War I are less of a window into what’s coming from our tech revolution than people presume.

Joseph Hardwick, a PhD candidate in economics who, as one student said, "is responsible and enthusiastic in teaching, knowledgeable and always eager to learn, and most importantly, sincerely caring [toward] his students.”

The Undergraduate Economic Society (UES) successfully planned and produced the second annual Northwestern Economics Tournament (NET) on April 7, 2018. NET welcomed 16 high school teams from Chicago and the surrounding suburbs to the Kellogg Global Hub to participate in a day filled with quiz bowls and lectures from our distinguished graduate students and faculty members.

The NEJM paper is part of a larger project, which the authors recently wrote up for the American Economic Review. That paper found that the size of the drop in income after an illness was about five times that of the resulting medical bills, suggesting that the financial strain is likely to be much more driven by income loss than health-care costs.

The number spotlights how preference for male children in India is affecting the health and well-being of its women.

No matter how generous the eligibility criteria and coverage of Modicare, it will have limited effect unless eligible households enroll.

Throughout her career, IPR economist Cynthia Kinnan has sought to bring scientific tools to the conversation about poverty in the developing world.

Martin Eichenbaum's Talk Given at the G7 Meeting

Income inequality has been on the rise for decades in the United States, but a new working paper looks at how that might be affecting macroeconomic activity through the aggregate demand channel.

The BBVA Foundation Frontiers of Knowledge Award in the Economics, Finance and Management category goes, in this tenth edition, to Timothy Bresnahan, Ariel Pakes and Robert Porter for founding and shaping the field of empirical industrial organization, a branch of economics that has developed fundamental techniques to measure market power (understood as the ability of a firm to control prices in a given industry). “Motivated by important and policy-relevant questions in applied economics,” remarks the jury in its citation, “they developed methodologies that had a significant and long-lasting impact on subsequent work in industrial organization as well as other applied fields.”

How program managers can use random assignment (i.e., a lottery) to build evidence that can improve customer service.

Wolfgang Kasper Reviews "A Culture of Growth: The Origins of the Modern Economy", By Joel Mokyr
Princeton University Press, 2016

Charles Manski was honored with the 2017 Distinguished Fellows Award at the 2018 ASSA Annual Meeting held in Philadelphia, PA on January 5-7, 2018. Additionally, Martin Eichenbaum and Lawrence Christiano were awarded with the AEJ: Macroeconomics Best Paper Award.  View photos from the event.

What Did You Do With Your Arts and Science Degree?

Elise Wetzel '87 created and built one of the nation's fastest-growing food chains, by Daniel P. Smith

Riccardo Marchingiglio was one of six recipients of the Stigler Center Ph.D. Dissertation Award. He received $15,000 and the designation as a Bradley Fellow. He was selected for his academic excellence and rigorous research on topics relating to the political, economic, and cultural obstacles to better working markets.

The honorary degree ceremony will be held on Monday, June 11, 2018. 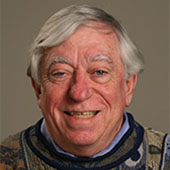 Professor Robert Gordon was selected by Bloomberg Markets as one of the 50 Most Influential People in the World for 2016. His book, The Rise and Fall of American Growth, was a finalist for the Financial Times and McKinsey Best Business Book of the Year Award and was featured by the New York Times as among the 100 Most Notable Books of 2016. In late November he traveled to the Retreat of the IMF Executive Board in Williamsburg, Virginia, where a morning of presentation and discussion was devoted to his ideas on the sources of slowing worldwide growth.