Check out our amazing alumni! If you are interested in being spotlighted, please email econba@northwestern.edu or fill out this form. 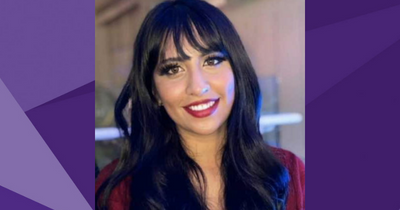 Chandana Sooranahalli graduated from Weinberg College in 2020, studying Economics with a minor in cognitive science. Sooranahalli now serves as a Management Consultant with the Qral Group in Chicago, Illinois.

Why did you decide to come to Northwestern?
I decided to attend Northwestern because as someone who loves learning, I knew that it would enable me to tap into my curiosity and potential.

What inspired you to pursue your area of study?
I was inspired to study economics after taking a microeconomics course in high school that taught me the fundamentals of analyzing strategies and the logic behind decision-making. I was intrigued and wanted to understand more.

Is there a class or experience that sticks out in your mind and why?
A class that stands out in my mind is an English elective I took called “Sci-Fi and Social Justice.” We read and discussed works from an assortment of imagined worlds, often written by authors from underrepresented backgrounds in literature, and wrote norm-defying creative pieces. On the last day, we brainstormed a list of social justice issues we were passionate about and steps we could personally take to make a difference. This is what I believe sets Northwestern apart as an institution; we were challenged to go beyond just learning information and ask ourselves what we would do with this knowledge once we left the classroom.

How would you describe your research and/or work to a non-academic audience?
As a healthcare management consultant, I help optimize the delivery of therapies to patients who suffer from rare and ultra-rare diseases using data and analysis.

What’s a fun fact that you want to share with the Northwestern community?
Attending Northwestern made me fall in love with coffee shops! There are so many amazing ones on and near campus.

Q&A with Paul Schneider '96, principal of Schneider Resource Holdings and newly appointed member of Northwestern's Board of Trustees

As college seniors, Michael White (Weinberg Econ '18) and Eli Wallace (Weinberg History '18) were out looking for watches one afternoon when they noticed something odd -  not a single watch resonated with their preferences. As active college students, both of them sought a minimalist digital watch that they could exercise in but also wear to class. Rather than being distraught, they saw an opportunity to create a watch that not only they would love, but also the world. They later combined their passion for environmental responsibility and set out to create the world's first sustainable watch.

Their journey over the last 2 years has taken them all over the world to find the perfect manufacturer who could meet their sustainability needs before finally visiting and finding an exceptional business partner in China. Upon the launch of their Kickstarter campaign, they held a launch party at an art museum in Chicago's Gold Coast where many of their Northwestern professors who helped get them to that point attended.

Having both now left the corporate path and dedicated themselves full-time to building their company, Life Watch, Michael and Eli are in the second week of their one and only seed fundraising efforts. Two weeks into this endeavor, they are preparing to speak with VCs and angel investors in their Northwestern and Chicago networks.

Michael and Eli will be speaking at several universities in late September, including Northwestern. In the words of Michael, "I attribute much of our company's early success to the world-class education of Northwestern's Economics Department."

They are also being featured on NU's Garage Gift guide 2020!

Tell us your story. What have you been up to since graduation? What are your personal and professional accomplishments? Any fond memories of your time in the Department and at Northwestern?

As a double major in Economics and MMSS, I was well poised to begin what turned out to be a fulfilling career in consumer insights, first at Kraft Foods and then for a boutique market research consulting firm where I got to travel all over the world, providing consumer segmentation and need state insights for blue-chip clients. I am now retired and volunteer for my sorority at NU as well as for my synagogue, and am looking to become certified as a professional genealogist. In all of this, I have made great use of the critical thinking and quantitative skills I learned at NU, and was delighted to be able to have my son be a member of the class of 2015! All my profs were great -- in particular, Dale Mortensen and Robert Eisner.

Tell us your story. What have you been up to since graduation? What are your personal and professional accomplishments? Any fond memories of your time in the Department and at Northwestern?

My story is one of an old Ph.D. rediscovering economics and econometrics after spending about 30 years as a an administrator, including 15 years as a college president. I am 78 years old (Ph.D., 1969), but in the last five years have published three books ((McGraw-Hill, Brookings, Johns Hopkins as publishers) and a half-dozen journal articles. I may state the obvious when I observe that the discipline changed dramatically since 1969, especially in the area of econometrics. In order for me to do modern economics, I had almost to start over, relearn what I learned at Northwestern, and then move forward to master new developments. Given my career, I have a comparative advantage in understanding modern universities and so now often apply economics to higher education. My latest book, Runaway College Costs, focuses on the roles that trustees have played in college cost inflation and relies upon the latest panel data econometrics. Two bottom lines in this tale. The first is that I could not be doing these things today were it not for the solid training I received at NU. The second is that while human capital does depreciate over time, one can reinvest and overcome the impact of that depreciation.