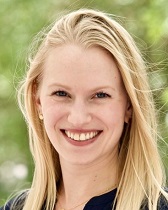 What led you to study the impacts of school shootings on survivors?

Schnell: The number of shootings at U.S. schools doubled over the last two decades, with more than 100,000 American children attending a school at which a shooting took place in 2018 and 2019 alone. While it is impossible to overstate the devastation caused by the lives lost in these horrific tragedies, a growing body of work shows that the death toll captures only one part of the immense cost of gun violence in American schools. Understanding how exposure to school shootings affects the students who escape these events physically unharmed is critical both for targeting resources to help survivors and for informing policy discussions that compare the costs of different types of gun violence.

What lasting effects of exposure to gun violence in schools have you uncovered in your work?

Schnell: Our work has demonstrated that exposure to school shootings has lasting impacts on the mental health, education, and labor market outcomes of American youth. In one paper, joint with Maya Rossin-Slater, Hannes Schwandt, Sam Trejo, and Lindsey Uniat (PNAS, 2020), we analyzed the impacts of 44 U.S. school shootings that took place between 2008 and 2013 on youth mental health. We compared the number of antidepressant prescriptions written by providers practicing very near a school that experienced a shooting to those written by providers practicing slightly further away, both before and after the shooting. Our results showed that fatal school shootings increase antidepressant use for school-aged youth by over 20 percent in the years following the event. These effects are remarkably persistent and are present even six years after the shooting.

In more recent work, Marika Cabral, Bokyung Kim, Maya Rossin-Slater, Hannes Schwandt, and I turned to analyzing the effects of gun violence in schools on students' educational and labor market trajectories (NBER, 2020). Using detailed administrative data from Texas, we began by following individual students over time and compared within-student changes in short-run educational outcomes, such as absenteeism, following a shooting at their school to changes in the same outcomes among students at control schools that were chosen to be similar based on institutional and student demographic characteristics. This analysis showed that shootings at schools lead to worse student outcomes in the years following the event, including increased rates of chronic absenteeism and grade repetition. To examine the effects of shootings on educational and labor market outcomes over the longer run, we then compared later life outcomes among students who were exposed to a shooting at their school to the outcomes among students who attended the same schools but in the years before the event. As in the short-run analysis, we compared these differences in cohort outcomes to the analogous differences in matched control schools. This analysis revealed that shootings at schools lead to reductions in rates of high school graduation, college attendance, and college graduation, and adversely impact labor market outcomes including reductions in employment and earnings years later.

How do the impacts of shootings at schools compare to exposure to shootings in other settings?

Schnell: The evidence suggests that shootings at schools have effects on students that are, if anything, more pronounced than exposure to gun violence in other settings. There are several reasons why this might be the case. First, school shootings take place in institutions whose central purpose is to promote human capital development. It is easy to imagine how losing trust in schools' ability to keep students safe could affect students' educational trajectories. Moreover, compared to gun violence in other settings, shootings that occur at schools can also affect other educational inputs—such as teaching quality and classroom resources—that themselves influence student learning. We find that acts of gun violence in Texas public schools led to increased rates of turnover among teachers and teaching support staff. It is therefore likely that disruptions to the continuity of instruction contribute to the negative effects on student outcomes that we find.

What do you think are the next major steps in the economic research of school shootings?

Schnell: Our work points to two areas for future research. First and foremost, our results increase the urgency to identify and adopt policies, such as stricter regulation surrounding gun ownership, that can prevent these tragic events from occurring. Moreover, the fact that we find large, adverse impacts of exposure to shootings on students’ long-term outcomes indicates that current interventions and resources devoted to helping survivors of school shootings are not sufficient to counteract the negative effects. Additional research is needed to identify effective interventions that can help mitigate the lasting consequences of exposure to gun violence in American schools.