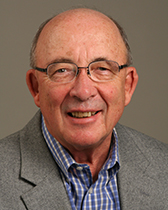 Longtime faculty member Dale Mortensen passed away on January 9, 2014. He was the Board of Trustees Professor of Economics at Northwestern University's Judd A. and Marjorie Weinberg College of Arts and Sciences. He was the recipient of the 2010 Nobel Prize in Economics. He won the prize with Peter Diamond, Massachusetts Institute of Technology, and Christopher Pissarides, London School of Economics and Political Science in the United Kingdom. The prize recognized "their analysis of markets with search frictions."

Professor Mortensen's family donated his Nobel Prize medal to Northwestern and it is proudly displayed in the Department of Economics.  The medal was unveiled to family, friends and colleagues at a special event on February 1, 2019.  View event photos

The conference was co-sponsored by the Federal Reserve Bank of Chicago.

Media report on the conference