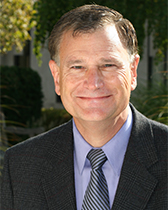 Ron Braeutigam's research interests are in the fields of microeconomics and industrial organization. His work has focused on regulatory reform and restructuring in traditionally regulated industries. He has published many articles analyzing the effects of government policy on prices, market structure, economic welfare and income distribution in various industries, including natural gas, electric power, telecommunications, railroads, pipelines and motor carriers. Along with David Besanko, he is coauthor of a leading undergraduate intermediate microeconomics textbook, now in its sixth edition in English, with editions published in several other languages. He is a past-President of the European Association for Research in Industrial Economics. Ron has received Northwestern’s highest teaching award with his selection as Charles Deering McCormick Professor of Teaching Excellence. He has also served as Associate Dean for Undergraduate Studies in the Weinberg College of Arts and Sciences and as Associate Provost for Undergraduate Education at Northwestern.